Why The World Needs Chica Lit 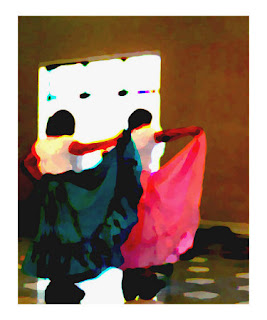 Six years ago today, I came to work and did nothing but sit at my desk, trying to get on the Internet to find out what happened in New York and Washington D.C.
A week later I was laid off from my job. My husband walked out of our house, watching me as I pulled up. The neighborhood was still quiet but candles waited on porchsteps, waiting to be burned. I carried my box of stuf into the house, joining my husband at the front door. He didn't ask me what I would do next because the answer was simple: I'd find a job. We'd be fine. Life would go on and I'd fall right back into step.
Six months later, I finished the first draft of a book that I had no idea would one day become part of the chica lit movement. I had no savings left in my account and took a job that paid me half of my former salary.
But looking back, I got kicked around. Not destroyed because the events of September 11th showed me what true loss was. But I was a little battered and bruised; uncertain and unable to sleep because one wrong move, one errant dollar spent and we'd be late in paying the phone bill.
But we recovered. The job markt reopened and I got a better job. My book had been revised and I shot off several queries to agents in hopes of selling it before my 30th birthday. In May of 2003, I got my issue of Latina magazine and in it was an excerpt of a book called, The Dirty Girls Social Club by Alisa Valdes Rodriguez.
When I read it, I forgot about the uncertainty of my immediate world and that larger, scarier one outside my door. I read one review that said the book was "okay" for a story with a happy ending. (Apparently the reader didn't care for stories that gave its characters what they wanted.) To me, it was a life line that whispered everything would be okay and that out there, even if it was in make-believe land, women like me were winning.
Unlike that reader who deemed herself too good for happily-ever-after's, there's a world of women out there who wouldn't beg to differ with her. They would simply go to the bookstore, hand over their hard-earned cash and read chica lit books during their lunch hour, commute or when their babies nap. They need to go into a world that resembles their world and yet, its a world where women like them win.
These women are grounded by family and friends (Sex and the South Beach Chicas). They are cleansed by tears of laughter and loss (Cinderella Lopez). These women take in deep gulps of breath to laugh at what life throws their way (Underneath It All). These women burn with the fire of determination to the point where they're willing to do anything - even sell their bodies - for a chance to meet a long lost father and still, have a sense of humor about it (Dirty Blonde and Half Cuban).
The destruction and the lives all of us lost on that day were not in vain. Words and stories were awakened and fingers eagerly tapped on keyboards to give birth to chica lit. Back then we didn't have chica lit on the bookshelves. Today, there are new stories and new authors waiting to be discovered.
Rather than dwell in loss, today I'm going to celebrate life and creativity. I'm going to dwell in gratitude.
Posted by Unknown at 7:20 AM

Your story is inspiring. I have some stories that would fit into the chica lit genre, and I feel more compelled to get them out of my head and into a word document when I read stories like your own. I agree! We need stories about strong Latinas, especially as we continue to evolve in the mainstream American society.

Whatcha waiting for? Get writing now! :-)

What a great post, Mary. I was a NYC flight attendant during 9/11- and that day definitely spurred me out of my complacency to finally go after my writing dream- to go from talking about it to actually pursuing it-- I'm so glad I did.
Can't wait to get my hands on Switchcraft!

I am writing. :) As fast as I can! I notice you are in the OC. One of these days, I will have to buy you some lunch or coffee and rack your brain. In the meantime, I have a little blog where I practice throwing my ideas out there. Not necessarily chica lit, but really... something for all of us of the Latino persuasion.