And in other news...

Mary Castillo, a hot new Latina novelist, shakes things up with her newest title, Switchcraft. Castillo gives chick-lit a twist as her heroines, Nely and Aggie, end up in each other’s bodies.

Nely and Aggie have been friends for years, but have grown apart since the birth of Nely’s baby. In an effort to reclaim their friendship, and also in hopes of speaking to her dead mother, Aggie signs them up for a weekend getaway at Guru Sauro’s New Age Spa.Once they arrive at the spa, things go a little haywire. During their session with the guru, they end up “switched.” They confront the guru, who says he can’t switch them back until the next new moon, 28 days later.

There is nothing they can do but try to muddle through living each other’s lives. Aggie (in Nely’s body) must care for 18-month-old Audrey, avoid the advances of Nely’s husband, and fend off her control-freak mother-in-law. Can she manage it without wrecking Nely’s marriage?

Nely (in Aggie’s body) heads to Aggie’s boutique. What she finds is a lack of customers and a store going down the tube. Can she come up with a plan to save Aggie’s business? And how will she handle Kevin, a man she despises, but who Aggie considers a good friend? Can she successfully avoid him without costing Aggie her friendship?

Switchcraft has a unique plot – a little bit Freaky Friday, but way more fun. The only thing I didn’t like about the book was the overuse of curse words. Not my taste, and it broke my concentration when reading. Overall, I loved the plot and the twists in the storyline. A great book for chick-lit fans.

***
Obviously its too late to do anything about it, but what is your opinion on cussing in books? It doesn't bother me because I grew up around fire fighters and they probably rival sailors for worst potty mouth. I'm not much of a cusser - I believe they should be saved for an emergency - but I feel that if the character speaks that way, then as an author you have to go with it. 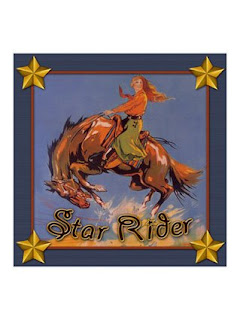 Even when you publish one book, or two, your writing career is far from assured. Some books take off and get all the glory. Others make a quiet, polite entrance but no one takes notice even though it's a stunner between the pages.
Marha Moyer gave a candid interview about her struggles to write and then publish the third book in her beautifully-written Lucy Hatch series. If you want a summer read that is wise, funny, sexy and gripping, get yourself a copy of Heartbreak Town. Even better, get The Second Coming of Lucy Hatch and The Last of the Honky Tonk Angels. But beware, once you start a book by Marsha Moyer, you won't be able to stop.
Artwork courtesy of Art.com

Virtual Booksigning for Names I Call My Sister

The girls and I decided to celebrate National Sisters Day (Aug. 5th) by holding a virtual booksigning. All you have to do is purchase a copy of Names I Call My Sister and then make a photocopy of the receipt.

On an index card, legibly print or type the following information:
Your Name:
Your preferred mailing address:
Email address: (In case we have any questions)
For whom should we autograph the book?

Prepare a self-addressed, stamped 6 x 9 envelope and mail it along with the index card and the photocopy of your receipt no later than July 15, 2007 to:

We will send you a personalized bookplate with the signature of all four authors.

When the bookplate arrives, peel off the back, stick on the inside front cover, and enjoy!
Posted by Unknown at 8:25 AM No comments:

My Mariachi story is still under de-construction, hence my absence from Chica Lit. But I did find fifty pages to cut and I'm really excited because it will make the story much more tense and exciting. Well, I think so. 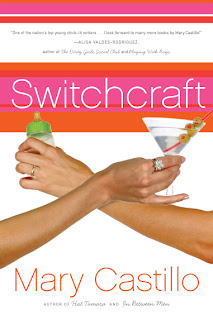 Thank you so much to Ruth Kaufman for letting me know this morning that Switchcraft is a Harper Collins First Look read. And for you, dear reader, that gives you the chance to read it before anyone else!
But you have to be a member of the program and then write a review of the book, which I'll exploit ruthlessly in my bid to become a best-selling author. Hey, I gotta kid to feed and he isn't cheap!
Check it out http://www.harpercollins.com/members/firstlook/
Adios,
Mary
Posted by Unknown at 9:32 AM 3 comments: 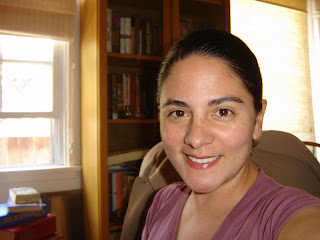 Well, almost.
I'm smiling because I finished this rewrite. (In my experience, there are always more.) But it is so close to what I envisioned that I almost cried as I wrote the last line. Which, by the way I have done with every story except for two. And they never sold so that must mean something.
My problem, however, is that this story a bit long (448 manuscript pages) and I think it might need an epilogue. But I don't know what happens in the epilogue.
Anyway, for now I'll enjoy the feeling that I've gone from beginning to end and lived to tell the tale. Maybe I'll do something crazy this afternoon like watch Oprah!
Nah. My tomatoes need watering and I need to track down some pictures.
Cheers,
Mary
Posted by Unknown at 1:05 PM 4 comments: 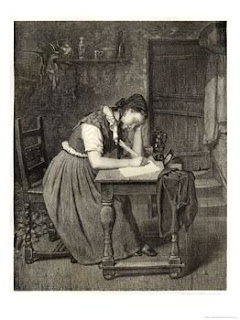 I'm sorry for going MIA but I'm deep into my book. Anne Rice calls her writing process "going underground" and that's pretty much where I've been.

But I had a great booksigning at Bay Books in Coronado Friday night. I met a buddy from high school and was reminded of the Cheeto-stained copy of White Squaw that had made the rounds in junior high. (I never saw it but I'd heard of its existence!)
Also my interview with actress, Gina Ravera is in this month's issue of Tu Ciudad magazine. It was such a kick to get to know the woman behind the character of Det. Irene Daniels from The Closer. (One of my all-time favorite TV shows!) The new season starts on June 18th on TNT, but if you want to catch up, seasons one and two are on DVD.
I'll be laying low for the next week or so. But then I'll be back with a vengeance.
Posted by Unknown at 1:37 PM 2 comments: