The Relationship Between Crap and Writing 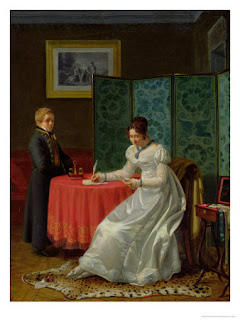 "Woman Writing a Letter" by Pierre Duval-lecamus from Art.com

Lately, I've been freelancing for Rise Up and Tu Ciudad magazines. In the space of two weeks, I've learned about custom motorcycles and cars, HIV/AIDS, libraries, city government, Hindu weddings and World of Warcraft. Not only does the diversity of subjects take me out in the world (as opposed to staying in the one in my head), the money's good as I write my 8th book.

Dude, that's like admitting you have 8 kids and none of them were adopted.

Anyway, I realized this morning while the Little Dude and I were watching cartoons that it's earth day or earth week or something like that. A few years ago, I became a green writer by recycling my ink cartridges, using the "track changes" feature in Word as opposed to printing an entire 400-page manuscript and proofing it. Although I still do that occasionally, I make up for it by recycling the paper by printing on both sides of page.

But all this green stuff got me thinking about the seemingly waste of words that happens when you write like I do, which means that you go through six, seven and eight drafts of a book until it's ready to go. But when I was interviewing Jose Aponte, the director of the San Diego County Library, he gave me a great quote: "Power is like manure. The more you spread it around, the more successful you'll be."

Words are the same way. Crappy drafts invariably lead me to the good stuff, which is why I write as fast as humanly possible when I start the first draft. As I'm writing, I know its crap. The sentences are stilted and the pages are usually lines and lines of dialogue. But I've learned to accept it and just keep going because eventually I'll get it right by discovering a character's motivation or stumbling on an action or thought that makes a scene come to life. There are passages of my books that survive from draft one to the final book (the first scene of Hot Tamara was just wordsmithed from first draft to final copyedit). There are also passages that I lift from my earlier, will-be-destroyed-upon-my-death books that I like to call my organ donors.

But every "wrong" word and dead-end scene or subplot are the manure for a more colorful, resonant story. In short, when you stall out and have to start again, please don't think you've wasted time and energy. You, in the words of Thomas Edison "...have not failed. I've just found 10,000 ways that won't work."

Oh and I should tell you that this Saturday, Margo Candela, Jamie Martinez and I will be at the California Comadrazo. Check it out.

But if you can't make it, spend the day before Mother's Day with us at ChimMaya Gallery on Saturday, May 10th.
Posted by Unknown at 7:57 AM 3 comments:

I've been researching my hometown for The Guy Upstairs, learning about places that now exist in the pages of crumbling newspapers from the 1920's and hearing the voices of residents who are now long gone about their lives on the west side of National City. I even found Maria Duran, my great great great grandmother listed in the city directory for 1929. In writing this particular book, it feels as if my past is catching up with me.

You can imagine my delight when my friend, Jen Mahal investigated the history of Cafe Lamaze and wrote about its reopening in today's San Diego Union Tribune.

Jen, you now get to wear the cool beans crown!

When You Think You Know Everything 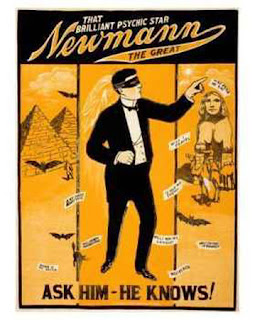 "Ask Newmann, He Knows" from Art.com

This happened to me when I wrote In Between Men ... I went through two full drafts and with each draft something died inside me when I hit Act II. But I was persistent back then and thought I could force the story to go exactly the way I wanted it to. Finally, I realized two things: stories must change and evolve (for me, anyway) and Act II is the place where bad ideas go to die.

Last week, the same thing happened with The Guy Upstairs. I finished the first draft, spent a lot of time fleshing out a revision plan and then got to work. I was cruising along through Act I, but with that dragging feeling in my gut that I ignored because I was convinced that I had the story down. But as I neared Act II, the threads unraveled and it became more and more apparent that the story wasn't working. Sure enough, it died at page 100.

But I'm glad it happened now as opposed at the end of a tepid second draft. With In Between Men, I had to go back into a third draft where I discovered that I wasn't telling the right story. (Originally, it was about Isa fighting for custody of her son.) The story that needed to be told was about a woman who falls victim to her own recklessness and yet, without that recklessness she would never have changed her life. This discovery made the writing more difficult, not to mention longer.

When The Guy Upstairs ran aground, I realized that I had better do a writer's version of stop, drop and roll. I stopped writing and went outside to work on my garden (we planted four types of tomatoes, squash and herbs). Within two hours of refusing to think about the book, I realized what The Guy Upstairs is really about. But I wouldn't take notes for two days because the other thing I've learned is that once you start writing it down, the committee upstairs starts hacking away at your babies.

I've been writing the new story since Sunday and the idea has been gaining momentum. The committee grumbles when I sit down to write (which it always does), but my gut tingles with excitement and the heroine's voice becomes much more distinct and alive. I've written about twenty pages of new material and I think this is it.

Or, I'm full of it and still have no idea what the hell I'm doing.

I guess I'll know for certain when I reach page 100.

Labels: In Between Men, writing life 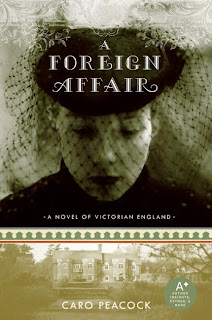 I'm one of the featured moms! If you're interested, check it out.

Not much else to blog about. We watched Gone Baby Gone the other night and it was a very unsettling movie. If you've seen it, I wouldn't have called the cops in the end. That's all I'll say.

Last night I finished A Foreign Affair by Caro Peacock. She had me so wrapped up in the end that I gave the Little Dude a lollipop so he'd leave me alone till the ending. If you love characters like Maisie Dobbs and Mrs. Jeffries, then you'll really dig this book.

That's it for now. I'm on deadline with three articles and the book is whispering in my ears.
Posted by Unknown at 10:47 AM 2 comments:

When I'm deep into a story - novella or novel - I go to a place in my dreams that I call "Storyland."

It's a town like Monterey, California with homes that crawl up from the bay to the hills. There's no set time period in this town. Sometimes when I visit, I'm in the 1840's when the U.S. Army Corps of Topographical Engineers, led by John C. Fremont, came into Alta California, liked what they saw and decided to take it from Mexico. Other times when I visit, it is present day.

I meet my characters in coffee shops, their homes or pass them on the street - once I saw Will and Tamara at a farmer's market but I think I was writing "Till Death Do Us Part" at the time. Sometimes they talk directly to me about what needs to happen in the story; other times I have to chase them down just to see what they eat for lunch.

But here's what I'm wondering: where do you think your characters come from? When do you know they and your story have come to life?
Posted by Unknown at 8:45 AM 4 comments:

...when your number is called and your first thought is, "is this really happening to me because this sort of thing only happens in the movies". But then you realize it really is happening and everything in you seems to go silent except the pulse pounding in your ears.

Well, today my husband, Ryan walked into my office and told me with a shaking voice that he was accepted into the MFA Screenwriting program at UCLA!

Back when we learned the Little Dude was a little bean, Ryan has worked for this. He's had a lot of career ups and downs; the downs outnumbering the ups, which in my opinion as his wife and unofficial adviser, was Fate telling him he had no business becoming a police officer or attorney. Until he decided to go for the impossible dream of writing screen plays, the scales have tipped in his favor. With the second screenplay he'd ever written, Ryan won the prestigious UCLA Screenwriting Contest. In his recent horror writing class, a visiting director and producer pointed to Ryan's screenplay as the kind he'd produce. Now, he's taking the next step and as his wife and cheerleader, I couldn't be prouder.

(But don't worry, we will always sit on the USC side of the stadium ... unless the Little Dude plays for UCLA.)

I may have AWESOME news but I can't say anything yet and I'm superstitious about these things.

So with my lips sealed, I'll post this picture: 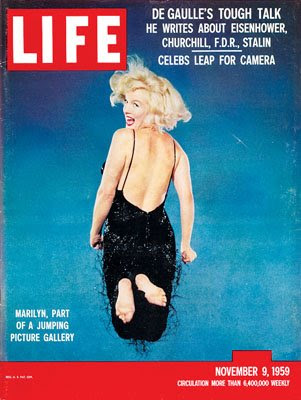