Dude, what's up with that? 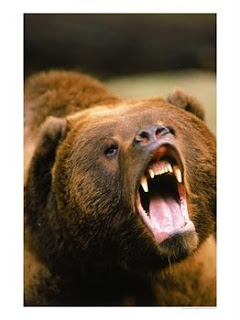 My husband took the Little Dude to baby class yesterday because I've been sick with this cold thingy. This particular group, frankly, sucks. It's way over populated by Newport mommies - big hair, skinny bodies and big boobs that could tip them over if it wasn't for the big hair.

Ryan had to help clean up and asked two moms to watch the Little Dude. He turns around and my son is half way down the path towards the street! Ryan made it in time but none of those stupid bitches noticed!

Dude if I was there ... (picture steam hissing out of my ears!)

But seriously, what's up with that? I hear people saying that you just can't let kids run around like you could in the old days, and yet out of those ten mothers, none of them could tear themselves away from their gab fest to watch a toddler. If someone asked me to keep an eye on their child, I'd be on that kid like a shadow. (You thought I was going to say something else, huh?)

Can you imagine how you'd feel if something happened to someone else's kid on your watch?

Mom tells me that it is only a matter of time before I complete the transition from the don't-make-waves nice girl to a roaring mama bear.

In the meantime, I'm switching to another class where I hope there are more like-minded parents who actually give a shit.

There. I feel much better.

Yikes! Where is this class held- Fashion Island?

I can hardly believe this myself, especially since last week's episode was such a cliff hanger, but I will not be home to watch the Office tonight- I will be in Thousand Oaks signing books at Borders! I admit, I actually hesitated before accepting this assingment. . . but since my husband is in charge of the VCR, and is fully aware how our future happiness depends on this, I know he won't let me down!

Oh. My. God. I would've totally bitch-slapped them for that. No effing way!

But I can't say I'm surprised. I recall learning that same lesson early on in my play-group career. All moms are not created equal.

And, as you know, my big, bad, bear-mom self has reared her head more than once...

And hugs to you. I hope you're feeling better.

Whoa, Mary! Who the hell are those women??

And I say let your inner mama bear roar, girl....

Alyson: You'd think! I'm taping the show, too. Ryan has class so we now watch it on Fridays. Good luck your signing!!!

Dana: Dude. It's amazes me that the world is over-populated when you have that many stupid parents.

Mary...I have seen this before and I have reared my ugly "brown" mouth!

I am so proud of Daddy for being aware of your little guy!

Some groups of women use these parent participation classes as a way to shove off their children.

I would change groups too. Anyway the boobs and lips are fake anyway. The brains...empty.

i could tell you stories about FAMILY members who did this to my kids. scary. not one, multiple - on both sides of la familia!! mama bear, yuppers, she will come out!!