Still Got It, Baby 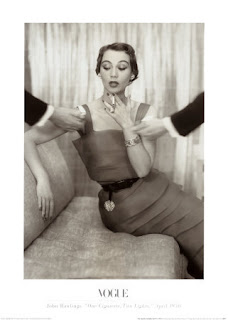 I hesitated to post this because I thought that you might think I was getting a bit big for my breeches. Then again after my weekend of gluttony, I've got some serious muffin top over the waistband if you know what I mean!
But then I remembered how hard it was to write Switchcraft and how, for so long, I thought I'd failed in capturing my vision. So here's a really great review from the Parkersburg News and Sentinel and in the spirit of my conversation with Jen as we drove to Glen Ivy last Friday, I'm gonna celebrate a job well done.
And then go right back to work!

Aggie is living the single life, running her own clothing store and debating on whether or not to strike up a romance with her friend, Kevin. Nely is the former business manager turned stay-at-home mother who is fighting for supremacy in her marriage and daughter’s life against her meddling mother-in-law who lives right next door. Aggie thinks Nely has the perfect life and Nely envies Aggie’s freedom. A weekend retreat with a spirit guide leads to the two switching bodies. Now Nely is Aggie and Aggie is Nely until the next full moon.

Nely soon finds that Aggie’s business is in trouble, a property manager is stalking her, and Kevin doesn’t want to take no for an answer. Aggie learns Nely is being mowed over by her domineering mother-in-law, taking care of a toddler is not as easy as it looks, the local mommies group is headed by the ultimate mean girl, and her husband is feeling neglected. Sometimes it just takes someone else to sort out your life, which is exactly what Nely and Aggie do, with hilarous results.

Nely and Aggie are both highly relatable characters you can’t help but cheer on. They both are tough in the face of adversity and go for exactly what they believe their friend would want for their life.

This book is a fun love letter to all women and the bond of sisterhood that is best friends.

“Switchcraft” is published by Avon, an imprint of HarperCollins. It is $13.95 and 282 pages long.

Photo from Art.com!
Posted by Unknown at 8:25 AM

Someone in Parkersburg loves you! And has good taste in books.

And you've definitely got the indefinable "it," baby.

Thanks for a Friday of fun.
Jen

That was a great review - you did good sharing it!

Thanks, Jen and Nadine!