Prop 8: Something Wicked This Way Comes 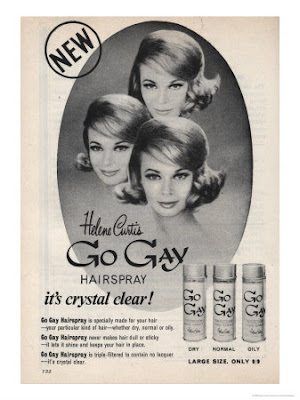 Is it something in the water? Or, is the economy really driving people crazy? I don't know but I have to get this off my chest.

Here in California we have Prop 8 on the ballot which if passed, will ban same sex marriage in our state. Recently, I've seen commercials in support of the bill showing parents awkwardly dealing with their school age children coming home and asking about men marrying men and women marrying women. The supporters of this bill are terrorizing gullible parents - who must really believe that all gay people live in San Francisco - into thinking that Prop 8 will force public schools to teach children about same sex marriage.

Here's the thing: schools have already been teaching kids about same sex couples to combat discrimination. If you don't believe me, read this article.

But listen up because a greater wickedness this way comes - and its not that your kids will turn gay because they talk or read about it in class - it is that one in four kids will not graduate from high school. Statistically under our current education system, your kid stands a greater chance of not graduating than you did. Check it out.

But conservatives would rather focus on the non-issue that children will somehow be contaminated by the legal acceptance of same sex marriages. Mark my words if Prop 8 passes, it will become the most anti-American, anti-civil rights law in existence. It will be on par with the Jim Crow laws that in some states forbade people of different races to marry.

I grew up with a gay aunt and a gay uncle. I remember their partners coming to Thanksgiving and Christmas and it wasn't a big deal - at least not to me. In fact, the only difference I perceived was that instead of children they had small dogs. I grew up to be an educated, tax-paying, Fourth-of-July-flag-waving American. To the date, the only crime I've committed was that I smoked a cigarette in my grandma's bathroom and as much as I wish I could blame that on someone else, I can't fault my gay aunt or my gay uncle.

I hope that people will calm down and really think about what they need to protect their children from. Rather than fret about what people are doing in the privacy of their own homes, why not evaluate your child's education? Or, God forbid, sit down and help them with their homework and thereby show them the value of an education?

Amen! Amen! Amen!!!! These non-issues get dragged out every election year to distract voters from the real threats facing our country and our families -- things like equal access to education, the growing ranks of the impoverished, the shrinking ranks of the insured, and, oh yeah, our free-falling economy. I'm far more concerned about the fact that three houses in my small subdivision have gone into foreclosure this year -- therefore sending three families into financial ruin and my own property values into the toilet -- than I am about whether two grown men want to form a permanent, loving union.

Keep fighting, Mary! And give that little firefighter a kiss for me!