Between the Pages with Diana Rodriguez Wallach 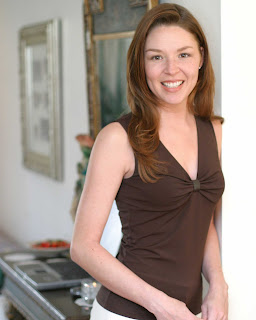 I think it was the end of spring when Diana Rodriguez Wallach contacted me through MySpace and told me about her upcoming YA release, Amor and Summer Secrets. This is not just her first book but it's also the start of a whole new life for this former business journalist.

Chica Lit: Please tell us about your series starting with Amor and Summer Secrets?

Diana: When I started this series, I wanted to write a multi-cultural novel from the perspective of a girl who didn’t quite identify with either of her parents’ cultures. My main character, Mariana Ruiz, is half-Polish and half-Puerto Rican, like I am. But I don’t think it really matters what your specific background is in terms of enjoying this series. In my opinion, Amor and Summer Secrets speaks to all people (and specifically teens) who can relate being torn between two very different ethnic groups. It’s a very American story.

That said, Amor and Summer Secrets tells the story of when Mariana’s father ships her and her brother off to Puerto Rico for the summer to live with relatives they’ve never met. She doesn’t speak Spanish, nor does she appreciate the culture. All she wants is to be back in Philadelphia celebrating her best friend’s Sweet 16.

And though the trip wasn’t what she wanted, Mariana does eventually open up. She makes friends with her cousin Lilly, she helps plan a quinceanera, and she meets her first love. All this while unleashing a secret her family hid on the island more than 30 years ago.

Chica Lit: When your wrote your first book, how did you transition from business reporter to novelist?

Diana: I actually don’t think the two fields are that unrelated. Having a job where you write all day, every day can only help improve your skills—whether you’re writing about business or for children. Additionally, in journalism you’re taught to be succinct. You don’t bury your lead, and you don’t add in a lot of purple prose. I find writing for YA to be somewhat similar. We’re trying to maintain the attention of teenagers, so you often don’t find a lot of long-winded passages. Not to mention, when you work for daily publications, you learn to write a lot of copy very quickly. This definitely contributes to the speed and ease in which I write today.

Chica Lit: In your bio, you said your agent signed you right away but that book has not yet sold. Were you disappointed and how did you overcome it to write Amor and Summer Secrets?

Diana: Of course. I was incredibly disappointed. Who wouldn’t be? But, truthfully, that initial submission was a whirlwind. I started querying in June and by July 4th, I had signed with an agent and my book was on submission. The day after it went out, we got a call from an editor (I won’t say the name, but I still remember it) swooning about how much she loved it. My agent thought it was a done deal, and then the whole thing fell apart. Apparently, the publisher didn’t feel the same way.

But I think I needed that to happen. Rejection is a part of the game, and every author has to learn how to take her lumps. But we keep writing. That’s the point. I didn’t stop when the success wasn’t immediate, and if I had, I would have never written Amor and Summer Secrets and I wouldn’t be published today.

Chica Lit: Please tell us about where you were when you got "the call" that your book had been picked up by Kensington?

Diana: I love sharing this story! Amor and Summer Secrets sold quickly. It was submitted to Kate Duffy at Kensington on a Thursday, and by the following Tuesday, I got THE CALL. It was Fat Tuesday. I was at Mardi Gras.

My husband, Jordan, and I had spent the morning catching beads from parade floats in New Orleans. We stopped into our hotel room for mere minutes (to dump the 50 pounds of beads we were carrying) when my cell phone rang. It was my agent.

I was wearing a sequined mask with feathers and my favorite strings of gold, purple and green beads that I had caught during the trip. (On my website, there’s a photo of me on the phone with my agent during the exact moment I got the news.)

Let me just say that there is no better place on Earth to be when you get good news than Mardi Gras. There was an actual parade going on outside of my hotel room. I hung up the phone and spent the rest of the day dancing in the French Quarter with hundreds of costumed strangers and drinking hurricanes at Pat O’Briens. It was amazing.

Diana: That’s an interesting question, because truthfully the biggest challenge I’ve faced is from friends and family thinking “working from home” means I don’t have a real job. Seriously. I wrote three books in one year, and I still have people who ask, “What do you do to fill your time now?” They think I sit around watching soap operas.

The reality is I’m a workaholic. I work much harder now than I ever did when I had an office job. Those jobs ended at 5 o’clock, whereas my writing process can go until midnight. It’s a rare day I turn off my laptop off before 11 pm. Whether I’m writing, editing, promoting, blogging, setting up events, updating MySpace, etc., there’s a lot of work that goes along with this profession. But the beauty of it is, when you love what you’re doing, it doesn’t feel like work. Plus, it’s nice to wake up and be in charge of deciding what I’m going to do that day.

(Editorial note: Amen to that!)

Chica Lit: Do you enjoy being a writer?

Diana: I love it. I write a lot on my website about how I didn’t always know I wanted to be an author. And that’s true. But the entire time I was working as a journalist, I had a nagging feeling inside me that there was “something else” I should be doing; I just hadn’t figured it out. When I sat down to write my first novel, it flowed naturally, it didn’t feel like work, and I knew I had finally found “it.” Everything clicked.

Chica Lit: What's next and what are you working on now?

Diana: The sequels to the series, Amigas and School Scandals and Adios to all the Drama, will be released in November 2008 and January 2009, respectively. I think readers are going to be really happy with how the story plays out—at least I hope so!

Also, I’m currently working new YA project. It’s a complete departure from what I’ve done in the past—lots of spies, suspense, fight scenes and, of course, a love triangle. I’m really excited about it. Plus I get to travel because I’m setting some scenes in Europe. The character is a lot of fun—all about girl power. I hope to have it ready for the publishing world soon!